A downloadable game for Windows

Made for the Illuminate Festival.

Thank you for playing!

i cant click anything in the menu :( someone help pls

You need to use WASD and Enter to confirm.

Hey! Played a bit of this on my channel! Sorry I was so sleepy in the video. :P

Hey, great video! Thank you for playing my game - I'll try and implement your feedback into a future update , 'r' to restart was probably not a good idea, haha.

This game is very impressive overall, really enjoying what I have played so far.  Kind of like a better-looking, sci-fi version of Luftrausers. I've written some of my feedback below, in case your looking for some...

+ I guess this falls under the previous dot point but extra bonus points for the explosions, very nice.

+ The game is highly polished, lots of little details like glitch effect on the title screen and how there is an arrow pointing to an enemy space ship off screen.

+ I really like how you can see your health and ammo with the shapes surrounding the ship, instead of having to look somewhere else on the screen. Very clever design.

+ The difficulty is spot on (for me anyway). I've already died a few times but they were entirely my fault and although the game is difficult, I feel like victory is achievable and not some impossible, unfair goal.

~ I assumed you had to protect the space station in the middle of the screen. When you die, the enemy spaceships shoot it but nothing actually happens. Maybe the station can serve multiple purposes instead of just being a shop.

- This is in my opinion a big issue but something that can be easily fixed. When you navigate the menu at the beginning of the game, you can't use your mouse, only keyboard. This is same for piloting the ship. However, when you get to the shop, you can't use keyboard controls and need to use your mouse. It was only on the third time I visited the shop that I worked this out. The controls definitely need to be more consistent, and I think the game could work fine with keyboard-only controls.

- UI is a little spartan, it would be nice if the HUD was a little more prominent and also told me how much scrap I had.

- I felt like I was guessing when picking upgrades in the shop. Maybe a progression system like Luftrausers would work well, were you unlock upgrades and don't have to worry about them when your first learning the game.

- The bosses whilst powerful, I think are too small. I mistook some of them for regular enemies.

- When I died, I got a progress bar showing how far I got. However, I don't know what the end goal actually is, though I'm assuming it's an awesome boss fight.

Overall though, this is a great game that I think could do really well. In it's current (polished) state, I already think it's too good to be free. With some improvements, it could become even better. Anyway, I hope my post isn't too long, time to go back to playing :)

Thank you very much for your feedback! 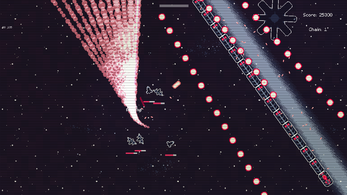 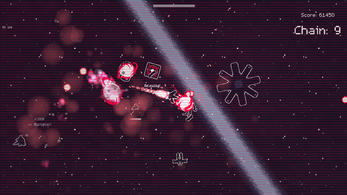 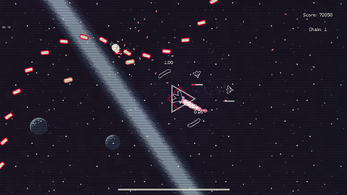 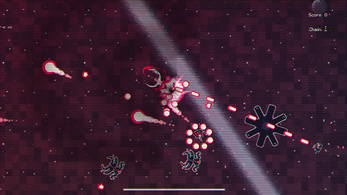 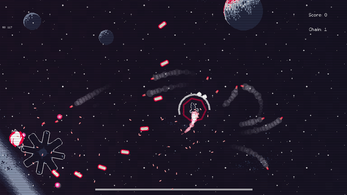